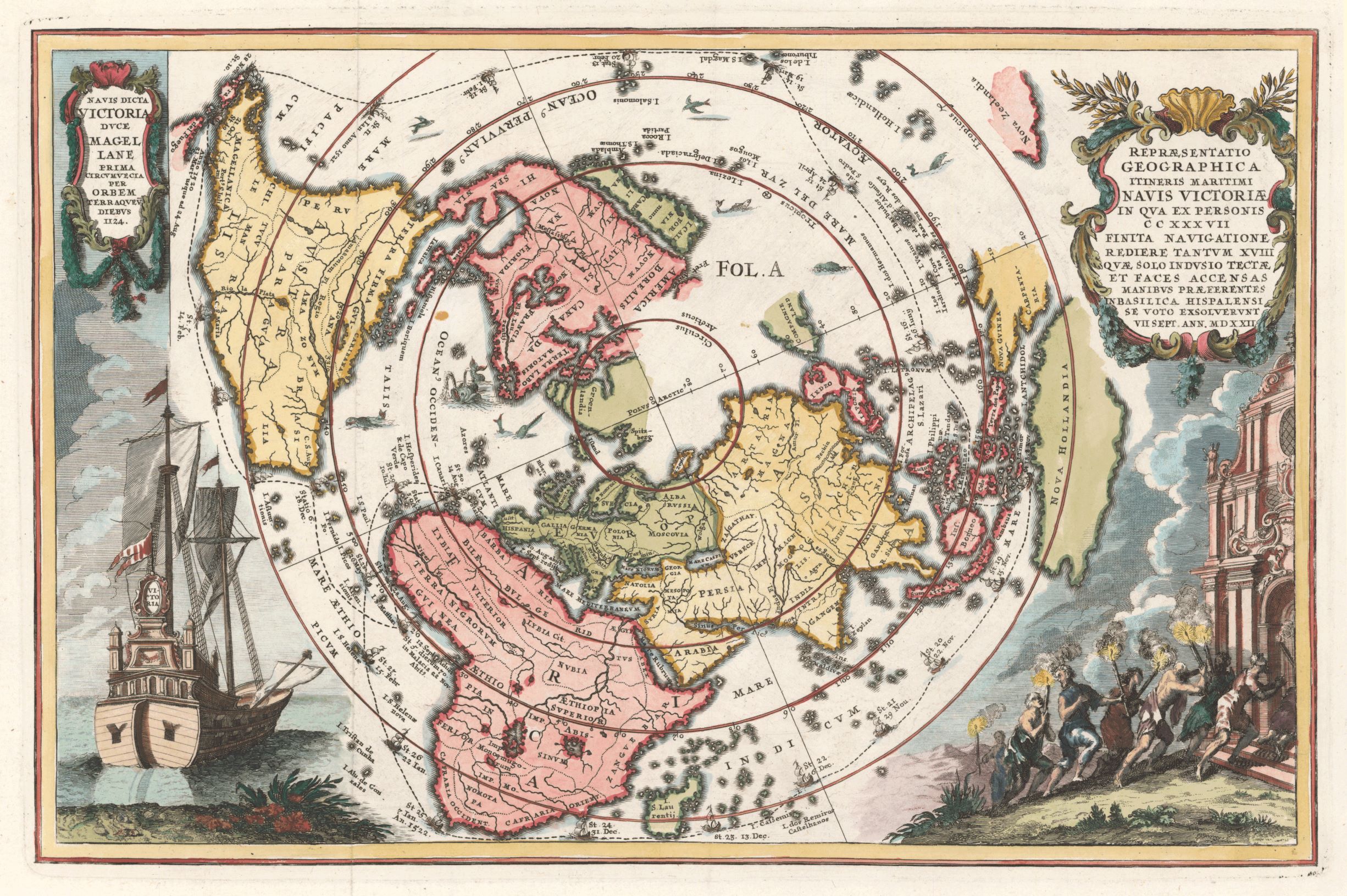 Call for participation in Magellan exhibition

Liverpool Book Art is excited to announce its fourth major exhibition of Book Art. Following the great success of our 2018 ‘Frankenstein’ exhibition, we have selected a significant anniversary in world history as the theme for our next exhibition.

2020 marks 500 years since Ferdinand Magellan discovered the passage between the Atlantic and Pacific Oceans, at the southern tip of South America, now known as the Strait of Magellan. All previous expeditions from western Europe to the ‘Spice Islands’ (Maluku Islands, now part of Indonesia) had travelled eastwards, sailing around Africa.

Magellan’s expedition was the first to circumnavigate the entire globe, and it was Magellan who named the Pacific Ocean (the ‘peaceful sea’).

So Magellan’s expedition was the beginning of our understanding of the overall geography of the Earth, as well as being hugely significant for the development of global trade. It was not until the late 19th century that alternative routes were considered, by attempting to build a Panama canal.

Magellan was an explorer and entrepreneur, rather than a military leader. While his aim was to discover new trade routes, rather than to conquer, it is impossible to separate his expedition from the wider context of western European politics, empire-building and the expansion of Christianity.

Some initial aspects book artists may wish to explore include:

We are very keen that this should be an international exhibition, including non-European perspectives. We would particularly encourage and welcome submissions from artists from South East Asia and South America.

The Spanish celebrations of the voyage are running throughout the 3 years of the anniversary (2019-2021), and are centred in Cadiz. See http://vcentenario.es/. The Wikipedia page on Magellan provides a lot of detailed information on the voyage, and all the events along the way.

Previous Liverpool Artists’ Book Exhibitions have been a great success, attracting international submissions of the highest quality, with works from Japan, Australia, Russia, USA, and across Europe and the UK. We are open to, and encourage, submissions from across the diverse range of book art – multiples and unique works; narratives & non-narratives; sculptural works and altered books….

The exhibition will utilise the display cabinets within the 100-year old Hornby Room in Liverpool Central Library. Entry is free to the public. See FAQs for details of the sizes of display cabinets.

Liverpool Book Art is passionate about supporting book artists by showcasing their work. As in previous years, we will promote and organise sales of any works in the exhibition, in accordance with the preference of each participating artist.

We are also keen to receive proposals for site-specific work within Liverpool Central Library.

Finally, we are keen to offer demonstrations, workshops, talks and performances during the course of the exhibition. One feature we are keen to explore is providing the opportunity for audiences to handle and read examples of book art e.g. by having reading copies or reading weekend(s). Please include ideas in your submission via CuratorSpace.

Submission fee of £10 per proposal. This must be paid at the time of submitting your proposal. All delivery and insurance costs to and from the Exhibition are the responsibility of the artists.